Too large for wifey 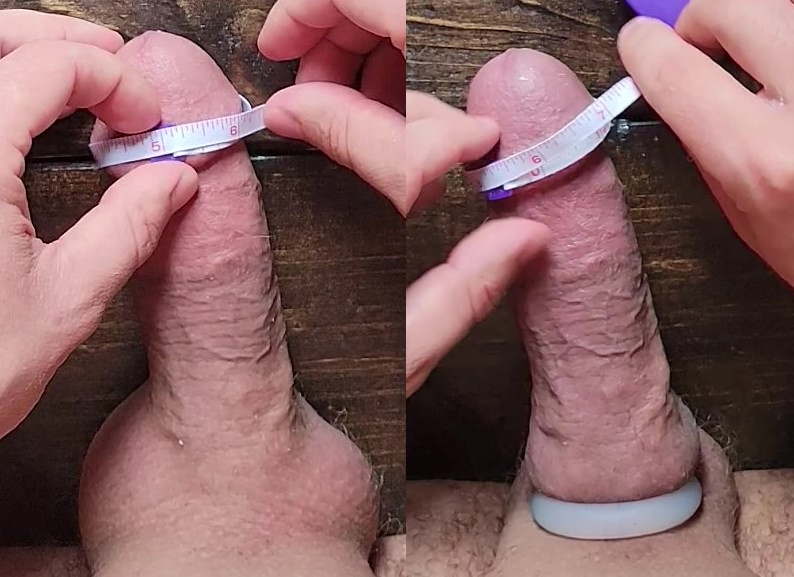 NOTE: Measurements Changes in size are from 20 days apart. I am on PED’s one that is specifically used for Penis enlargement. These results are not typical and what I am doing is considered risky.

Diet is at maintenance level

Following the vertical diet at 80% adherence. Last week was a break week from my diet.

Focusing on hypertrophy. I will try to get more lean eventually but I was tired of cutting.

Shooting for a 16 week cycle.

Armimidex 12mg every other day

.1 is the assumed absorption through the skin.

I am applying 87mg weekly… Straight to my penis. The optimal effective dose is probably lower than what I have been taking. But this is half of what i have taken in the past with roughly similar results.

The clamp lets the DHT be localized in the penis.

It will go systemic when the clamp is removed but the androgen receptors in the penis get first pass at peak saturation. This leads to less systemic effects and more growth.

If you don’t know anything about anabolic agents do not attempt what i am doing, it is not worth it.

As the title states, my wife is beginning to have issues with me new size

She no longer likes when I wear a cockring.

It’s because of a mix of size and hardness. Pumped size can be an issue as well but since its less firm she can handle it better

I have brushed against her cervix… For the first time in 3 years. This is a mix of us both losing some weight as well as the added length. To her it feel like an extra inch while my non bone press size is 5/8 inches longer since March. My max insertable size is now 8 inches along the curve.

So she has a chance to adapt. I am stopping my length routine and no longer going to pump. I do want to get over 6 inches midshaft girth I will do a clamping only routine, so any swelling wont be insane as compared to pumping.

There is no real point to continue PE as my size is plenty, but for my ego and my size fetish I will continue with a mild girth routine until I either hit my goal girth or complications with sex persist. I am expecting her to adapt but I am not going to risk ruining or sex life because I became far too large for her. I need to slow down for the time being.

Also, my curve is more pronounced.

Strict measure is roughly the same while curved measure is .25 longer no clue how that happened. Maybe EQ causes the curve to be exaggerated. I have been working on posture. Maybe my ligaments now sit differently in my pelvis?

Girth is slightly up. Probably from EQ

I am posting a bunch of different variants of measure, from most strict to least. Y’all can argue which is my actual size.

As this sub is a few weeks away from 10k. I believe it’s reached a point where I can take a step back comfortably and go into a more advisory role for other content writers like the mods here. If you have a theory or routine you want to share, I will gladly read it and give you my opinion.

I am not going to be as active as I once was. I have other interests to pursue.