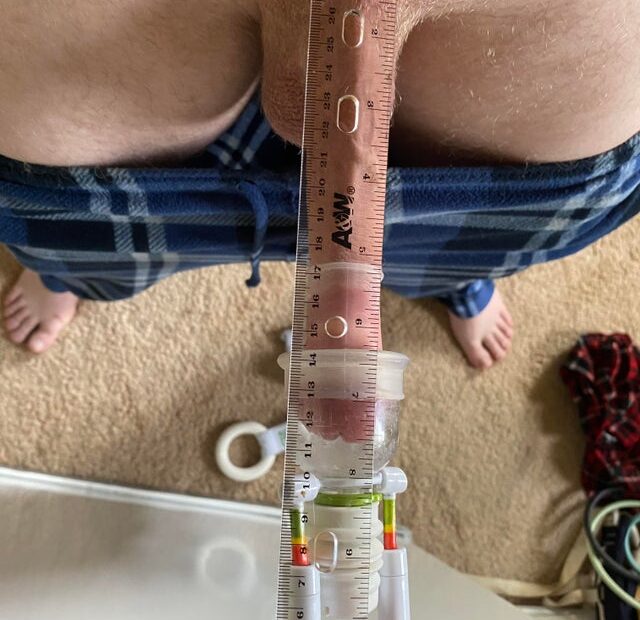 I’ve had slow progress so far but I’ve been consistent. I used an noose extender for 3 months (adding extension and making gains) but I worried that the noose was going to create scar tissue so I stopped. Now I’ve used the phallosan for 8+ hours for the last 58 days and seen a modest total length increase to my bpfsl, my flaccid hang, and a small increase to erect length. My EQ is often reduced after stretching for 8 hours, but I usually wake up with a strong morning wood. I want increases to erect length (of course) and I’m just eager for that to happen. I think I have seen every indication of growth, I’ve been consistent, things should be happening soon. I have 600 more hours before I stop and focus solely on erection health.